Two weeks ago, the firearms world finally got some good news. South Carolina-based Palmetto State Armory confirmed that they’d be stepping up to produce several popular types of Russian-caliber ammunition at a new facility in the US.

This is a huge development for the firearms world, and it may change the ammo game here in America. We’ve got the full story for you in this post. 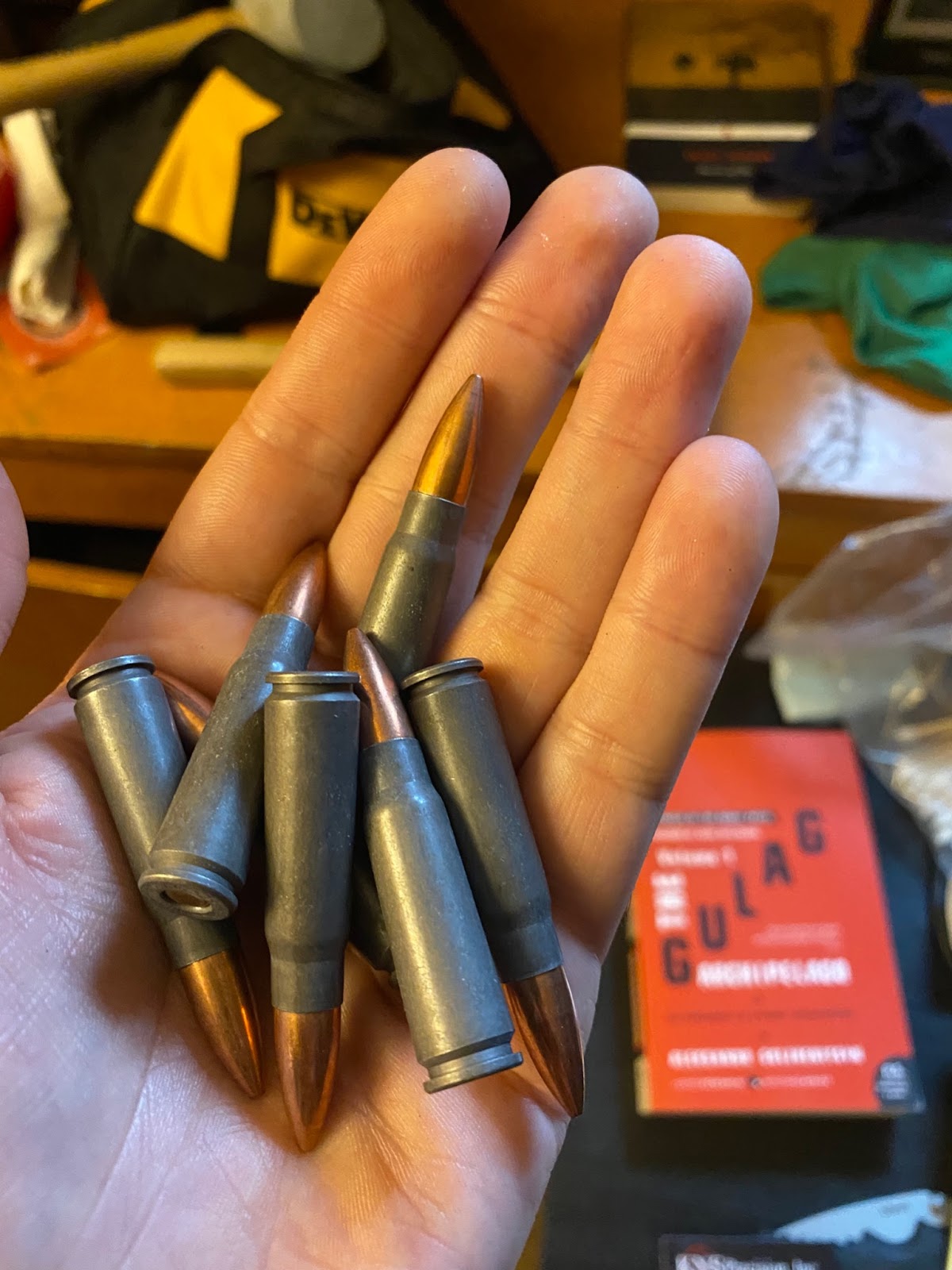 The Background: the Great Russian Ammo Ban of 2021

The ban went into effect on September 7 and will continue indefinitely, and let me tell you, the United States to this point had consumed a lot of Russian ammo.

What Does the Russian Ammo Ban Mean?

If you’re a milsurp-crazy combloc firearm enthusiast like I am, you instantly understood the gravity of the situation. The huge quantity of 7.62×39, 5.45×39, 7.62x42mmR, 7.62×25 Tokarev, and more come from Russian producers like Tula, Wolf, and Barnaul. 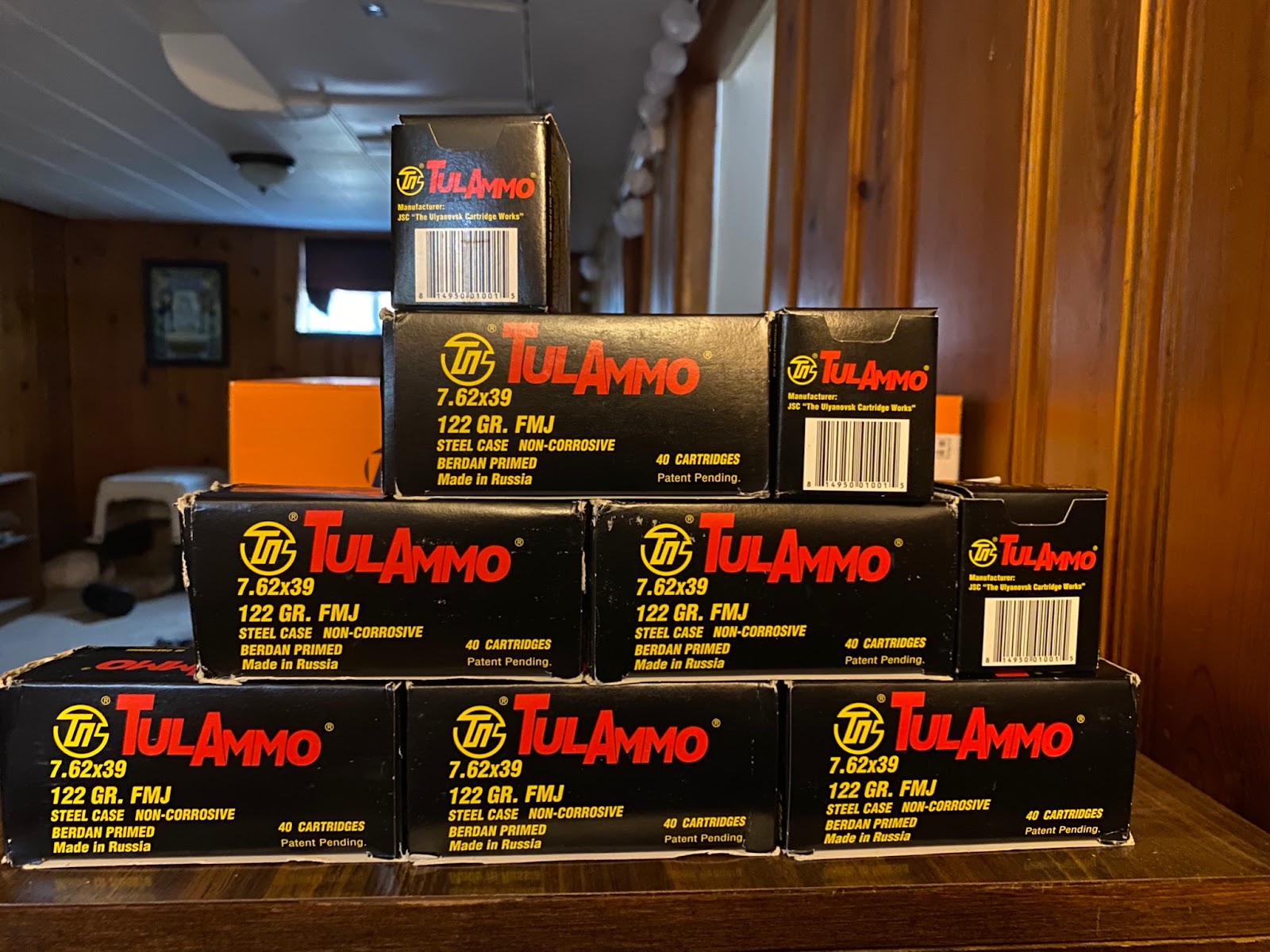 As a result, prices for these calibers skyrocketed faster than you can say “this inflation is transitory.” I personally watched the cost of 7.62×39 double overnight on AmmoSeek.

The combloc hipsters weren’t the only ones getting shafted by this new ammo ban, though. In fact, Russian-made ammo comprises up to 40 percent of all ammo sold in the US.

Yes, that includes your precious steel-cased 223 and 9mm. This affects everybody.

Made In America: PSA Steps Up

Fast-forward to late October. While ammo prices had been slowly declining since their overnight spike in September, they hadn’t settled yet. That’s when rumors started to circulate about Palmetto State Armory stepping in to fill the void. Speculation raged until the founder of PSA, Jamin McCallum, settled the debate in a post on AR15.com.

McCallum said in his post that PSA had indeed been working on building their own steel-cased ammunition production facility. They planned to start churning out Russian calibers first, including 5.45×39, which some combloc fans worried would disappear from shelves completely in the US.

PSA’s decision to make these calibers wasn’t directly related to the Russian ammo ban, though. McCallum said in his post that PSA’s ammo production facility had already been under construction for a year. “Sometimes it’s better to be lucky than right,” he commented in his post.

McCallum said that PSA’s ammo facility should be completely up and running by 2023. That’s extremely fortunate, because the way that the Russian ammo ban is written, some importers can continue receiving shipments through September of 2022.

There’s no word on whether PSA will begin making steel-cased ammo in other calibers, like 5.56 or 9mm, but once they have their facility up and running, it would theoretically be easier for them to expand into new products.

We’ll keep an eye out for any other news as this story develops.

Tips for Getting the Most Out of Your Study Breaks

The Three Types of Firearms Purchasers